You have probably already guessed:
CRAP Creditors does not exist.

But the situation described in our fictional letter does. 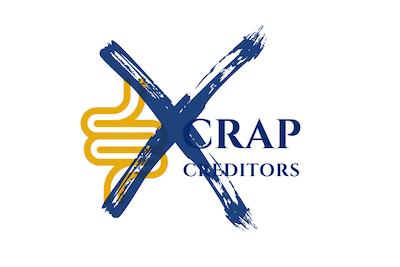 The situation of countries of the Global South is coming to a head. Compared to before the pandemic, more than three times as many countries are already in a debt crisis or directly threatened by debt crises. In 2021, 83 countries in the Global South have cut public domestic spending to pay their debt.

A timely, comprehensive and fair solution to the debt crisis can only work if all creditors participate in debt restructuring negotiations. But private creditors refuse to grant debt relief. Measures taken so far are not enough. Contrarily, both the financing of the crisis with public money and the debt relief provided by the G20 enabled governments to continue to meet their payment obligations to private creditors.

On the occasion of the German G7 presidency, the German debt and development coalition erlassjahr.de, together with more than 500 member organisations throughout Germany, calls on the German government to take concrete steps to finally hold private creditors accountable.

WE THEREFORE DEMAND FROM THE GERMAN AND OTHER G7 GOVERNMENTS:

As part of its G7 presidency, the German government should put the unresolved global debt crisis on the agenda of the G7 in 2022. The G7 countries should also recognise that the debt crisis has not been solved for either low-income or middle-income countries and that extensive debt relief is needed to solve it.

The G7 countries should send a clear signal in their communiqué that they will fulfil their responsibility for the binding inclusion of private creditors. They should explicitly declare their willingness to support debtor countries politically and financially in their confrontation with creditors unwilling to restructure and to motivate them to stop payments to uncooperative private creditors.

Within the framework of the G7, the German government should advocate for legal safeguards for debt restructuring by initiating the coordinated implementation of national legislation that make it more difficult to undermine multilateral debt restructuring agreements (along the lines of the UK’s Debt Relief Act 2010, for example, which enforced Heavily Indebted Poor Countries debt relief on private creditors).

As part of its G7 Presidency, Germany should specifically seek dialogue with groups of states and governments that are also committed to fair and efficient debt relief procedures. Further decisions on debt relief should not be taken without consultations with affected governments to ensure that all highly indebted countries are given a chance to receive debt relief.