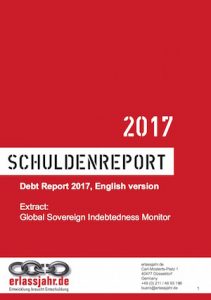 The article “Global Sovereign Indebtedness Monitor 2017” is the English translation of an article that was published in the “Schuldenreport 2017”, a publication by erlassjahr.de and MISEREOR.