Global Days of Action for Justice and Debt Cancellation 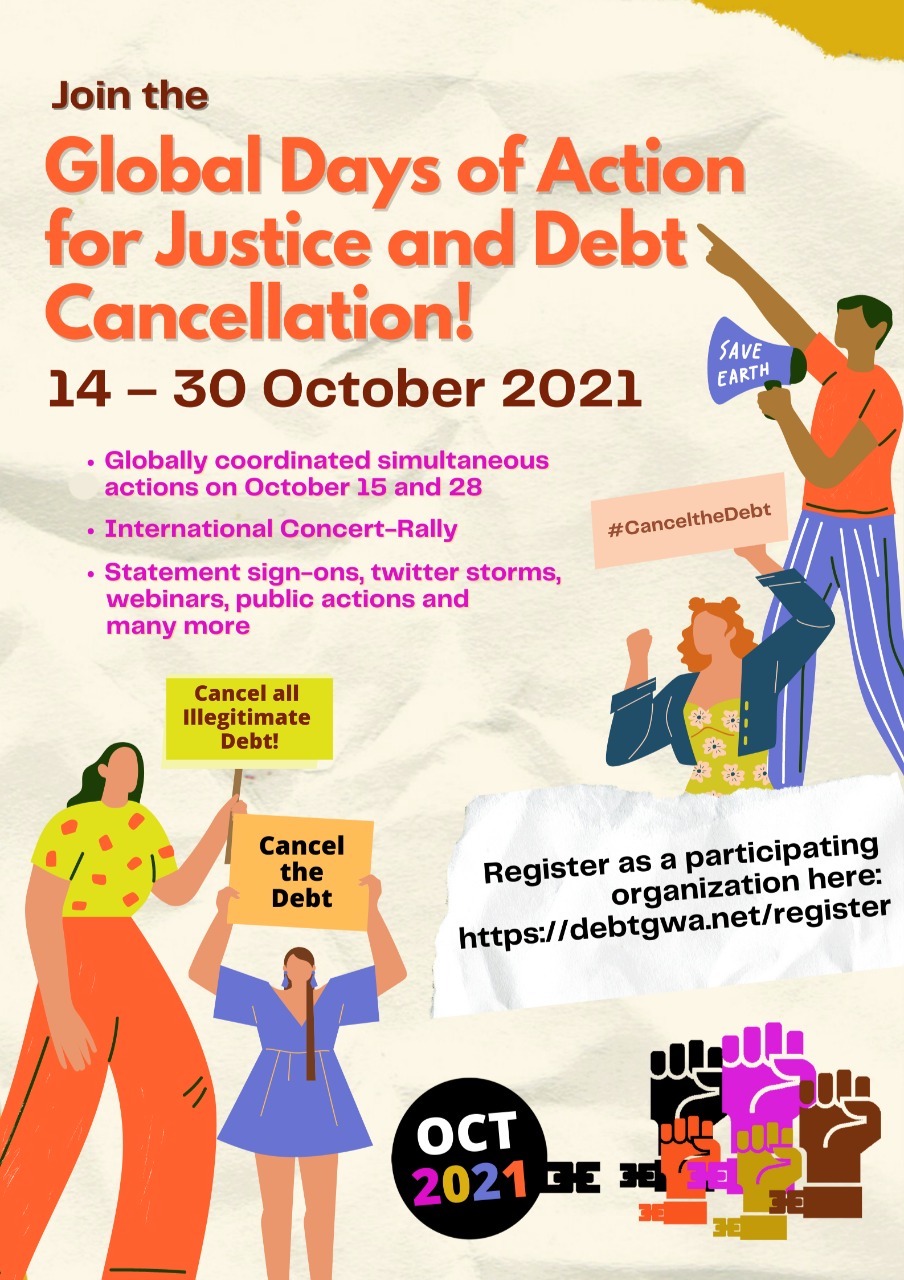 Governments, international financial institutions and lenders continue to ignore the widespread clamor for unconditional debt cancellation, as well as illegitimate debts. Instead, they push for meager, short-term and limited solutions that fall far short of the massive public financial resources required to address the scale of the suffering from the multiple crises of health, livelihoods and climate change. These not only forebode deeper indebtedness, as seen from similar failed schemes of the past. They also leave out 75% of the world’s population and 62% of the world’s poor. while giving a free pass to private lenders who are not obliged to participate in debt relief efforts.

The demands expressed by nearly 600 organizations and movements, and strongly raised in the many actions and mobilizations worldwide have grown more urgent than ever in the face of sharper inequalities, including vaccine inequality, violations of human rights and women’s rights, collapsing public health systems, hunger and even deeper poverty especially in countries of the South.

We urge peoples’ organizations, grassroots movements and NGOs everywhere to organize and/or join activities and actions from October 14 – 31!